Requiem for the Refugees (and other works for carillon or piano)

2001, Dover, 60 refugees were found dead in a container. A friend of mine from London asked me to write a “Requiem for the Refugees” and so I did. It has become a quiet, contemplative piece for piano, that  later has been re arranged for carillion. The british guitarist Jason Carter has recorded it on his album “The Color of Silence”

Scores are available at Donemus in a version for piano and for carillon.

On the occasion of World Water Day on March 22nd 2018 carillonneur David (Won Jun) Jeong – student of Rochester University (NY) – played the USA premier of my ‘Requiem for the Refugees’ as part of the program ‘Songs of Waterways and longing for home’ on the University of Rochester Carillon. A recording is available on Youtube and on this website.

The world premier on carillon of this work was played by Boudewijn Zwart on August 26th 2013 on the Sint-Janskerk-carillon in Gouda. An impression of the performance is available here and on Youtube.

The world premier on carillon of my new work ‘Marja – Ode to Love – was played by Boudewijn Zwart on August 20th 2018 on the Sint-Janskerk carillon in Gouda. An impression of the performance is available here and on YouTube. 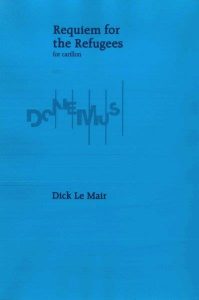 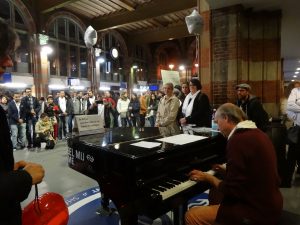 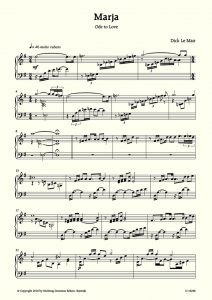